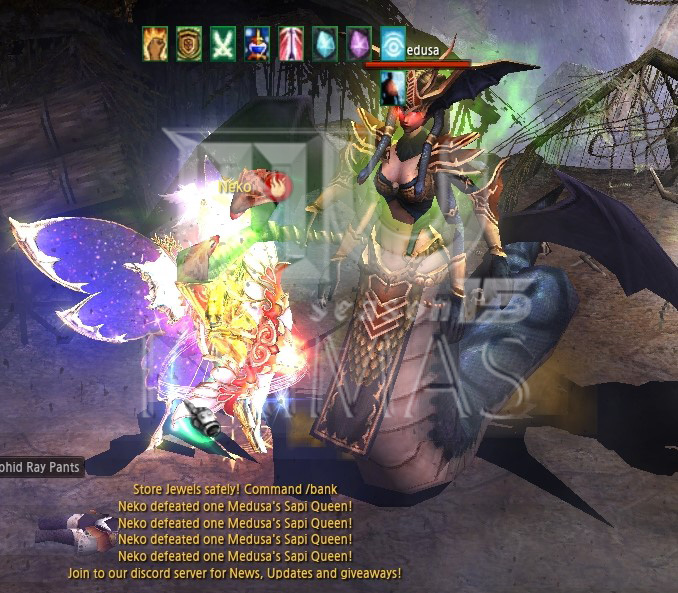 Medusa is an easy difficulty mob that is found in Peace SwampTo get to Medusa you will need to go to Peace Swamp and go through Gate 2. 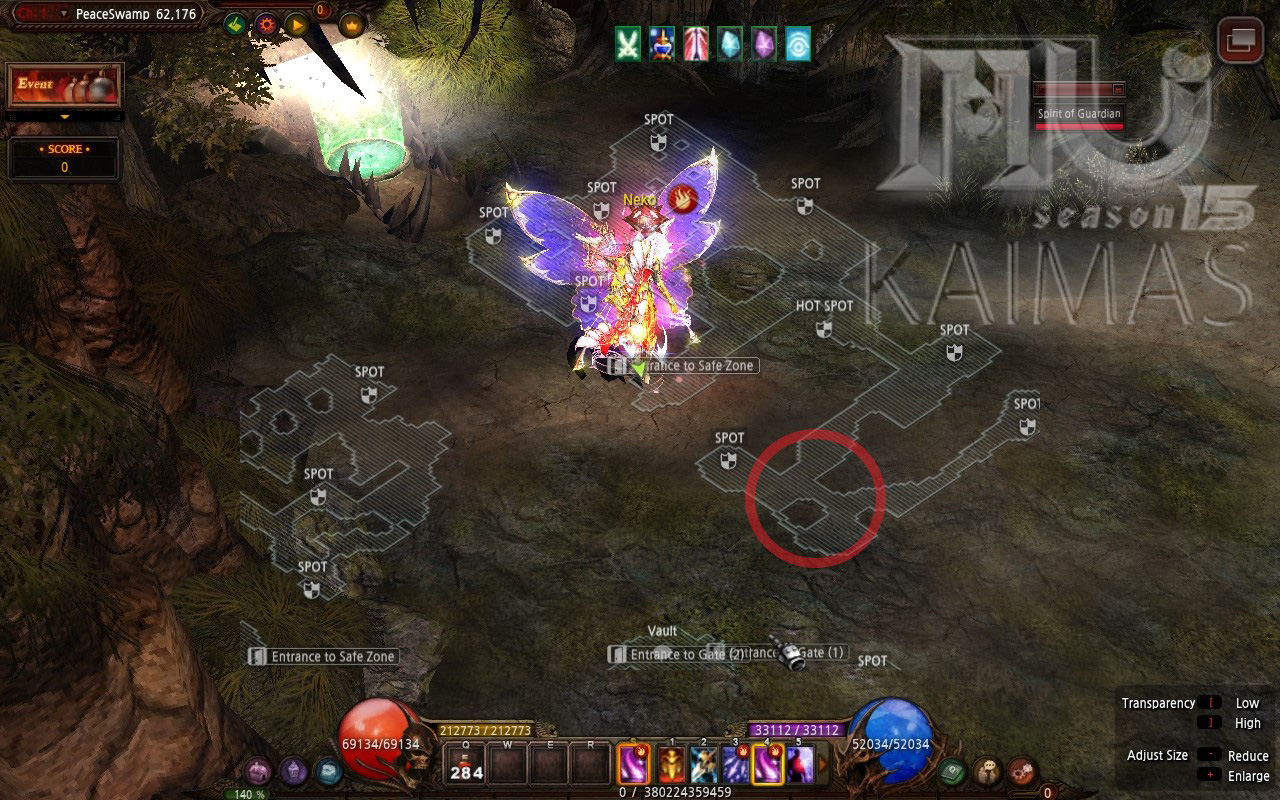 Medusa can be quite tough on low rates. We suggest to fight Medusa in a party with DPS characters like Blade master, the Dark Lord, Slayer, Rage Fighter, Summoner. And have a support character or their buff, like Elf, Summoner, Wizard. 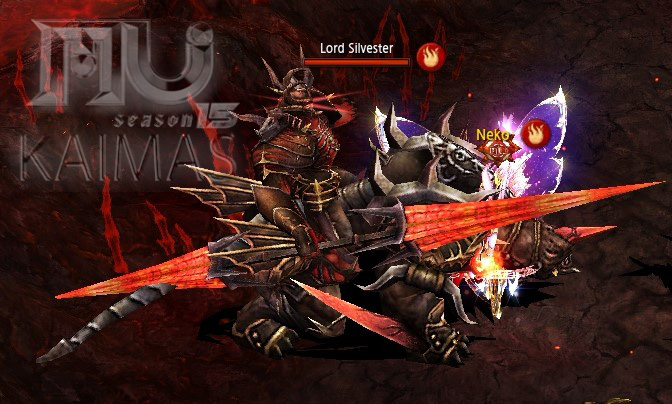 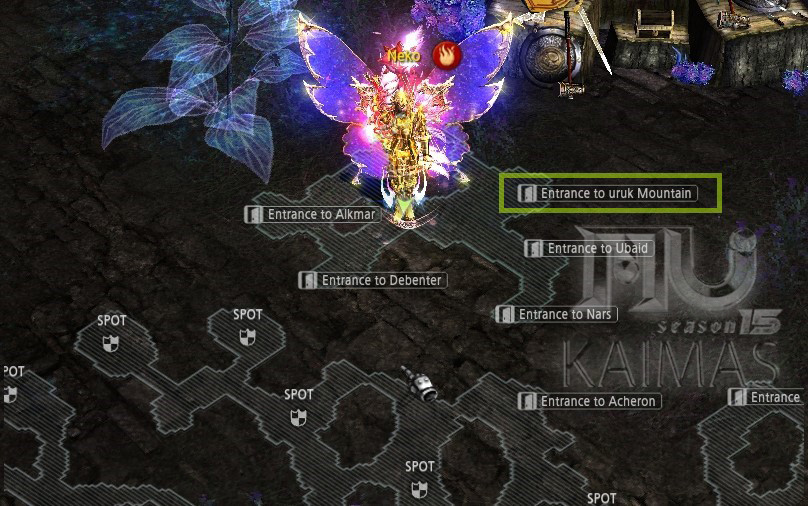 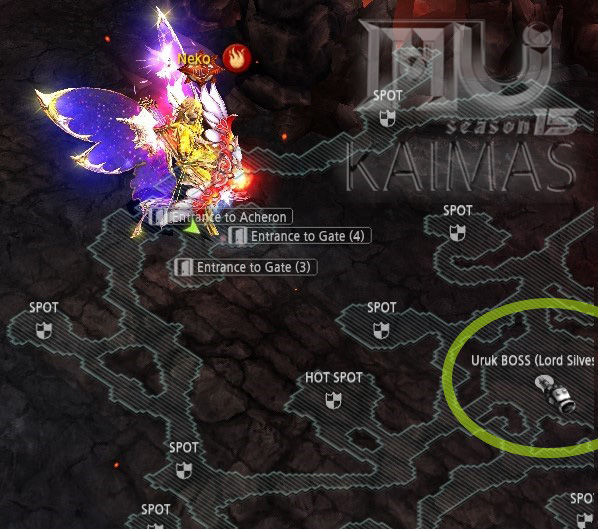 To fight Lord Silvester, you will need a Pentagram, without a pentagram you won’t be able to deal him any damage. You deal damage to lord Silvester depending on your pentagram, the stronger the pentagram then more damage you will deal. You can use Beginner pentagram, but you will deal less damage and you will be sitting in there for a long time.

You will need to get to the Lord Silvester to spawn point BEFORE he spawns in, because once he is there, the entrance to the spawn is blocked out. You can get in there with the help of a Wizard and their teleport skill.

When you are at the spawn, there will be a lot of elemental and “Lord” monsters and they are quite strong and hard to kill.

Now at the start you can deal Lord Silvester damage. When his HP reaches a point, his shields will turn on. Then you will have to kill every mob in the spawn Elemental and “Lord” one. After that Silvester’s shield will go down and you can attack him again. You will have to repeat that every time Silvester shields go up and he spawns in more monsters. 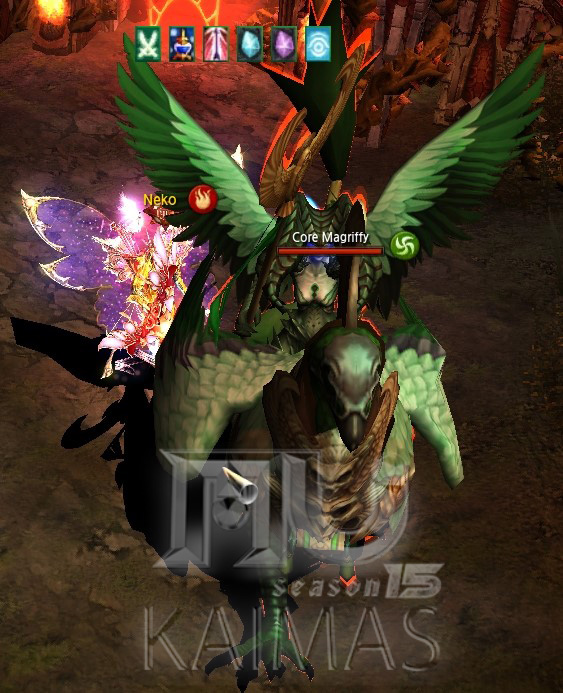 Core Magriffy is a medium difficulty enemy on the amount found in Nars. While it can deal damage, it is not as hard to kill.

To get to Core Magriffy you will need to go to Acheron and then to the Nars. 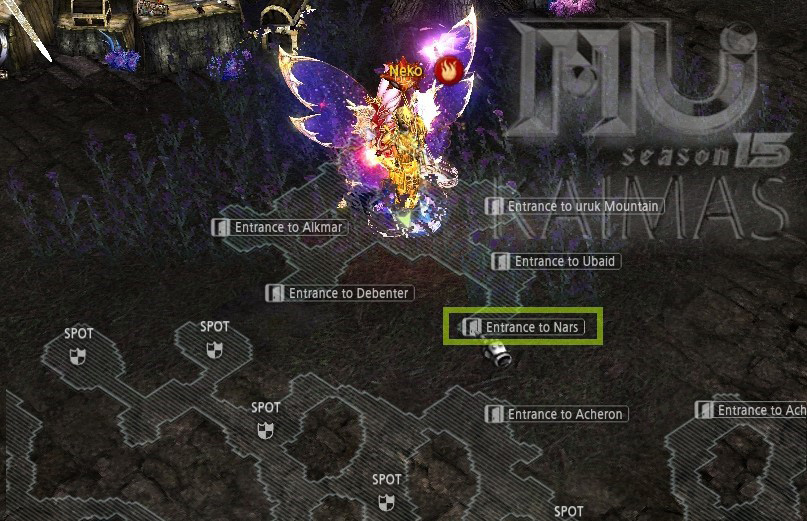 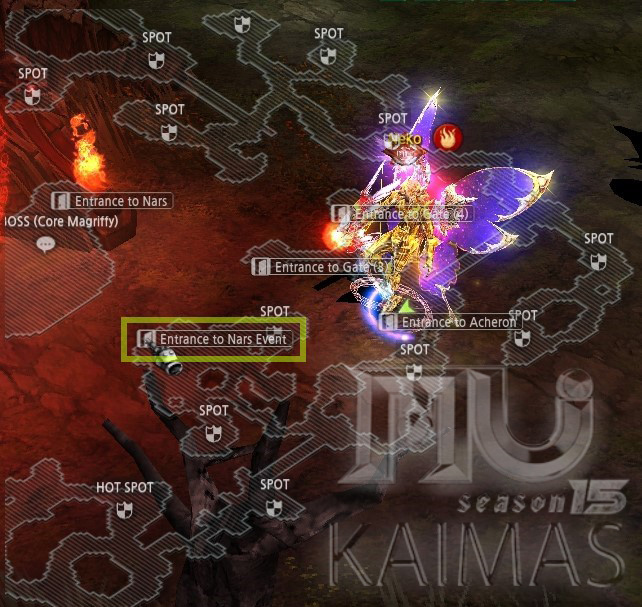 When you get to the boss spawn you will see about 20 mobs. Those ones are the regular ones and are easy to take care of and Core Magriffy its self, while it can deal damage, it is not as hard to kill.
When Magriffy’s HP reaches a point, it will spawn 2 more Core Magriffy’s in its place and this will repeat. 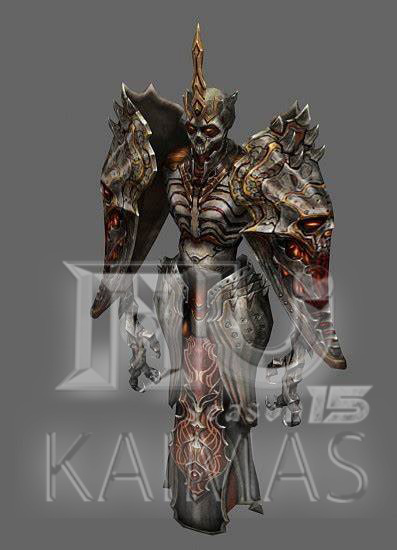 God of Darkness is a VERY High difficulty monster that is found in Swamp of the Darkness, you have to go through the fire gate and into the boss zone. 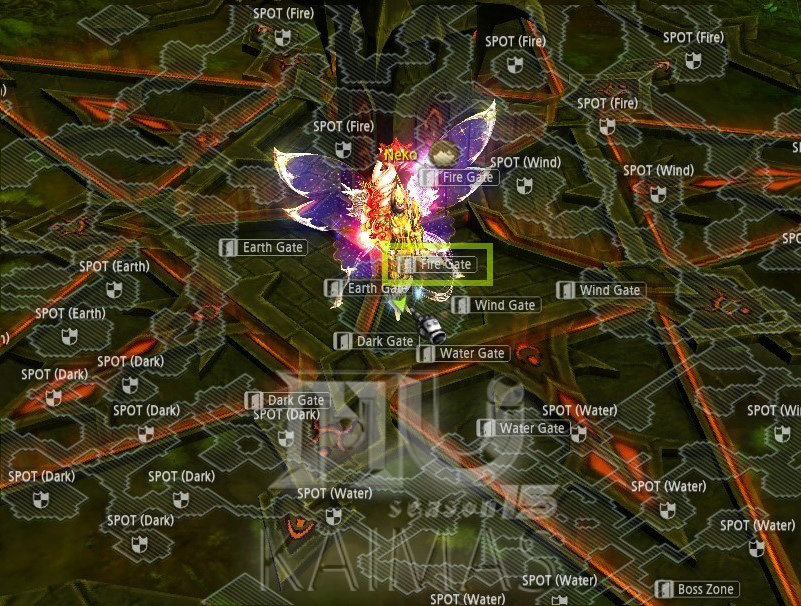 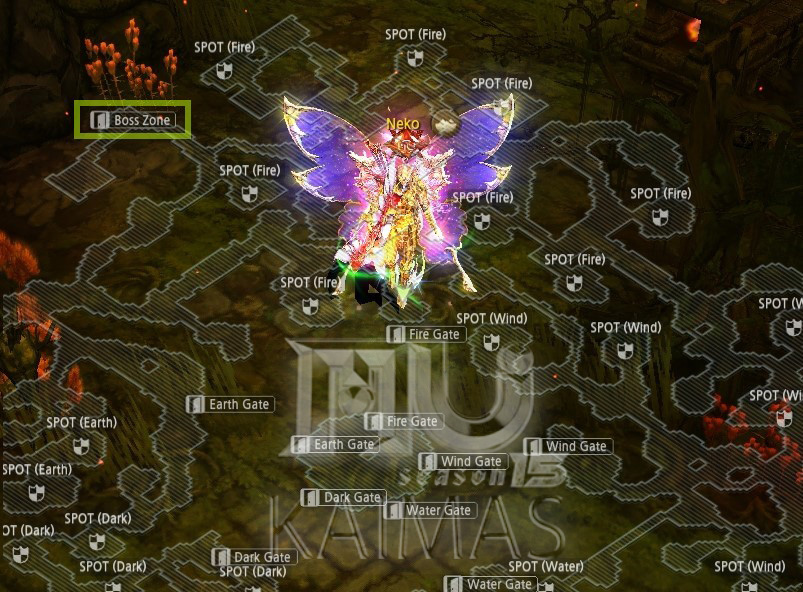 Monster of the Swamp can give you poison and spawn in more mobs.Monster of Water can deal a lot of damage and it can heal itself when it goes to the top corner.

After killing those 2 Monster God of Darkness will spawn in. It has 3 skills, 2 of them deals a lot of damage and 1 of them (Black Smoke) will kill you instantly.
When the ground turns purple, get from there as fast as possible. You have 10 minutes to kill the boss. 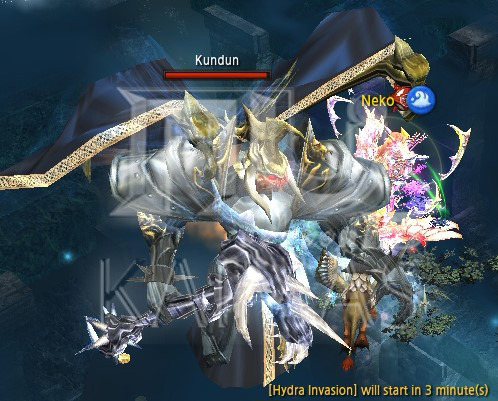 Kundun is an Easy difficulty monster with shields that go off by themselves.
To fight a Kundun, you will need to go to Lorencia and buy a Lost Map +7 from Lumen the barmaid. When you buy it go to pvp zone in the town and drop it out on the ground and a gate to Kalima 7 will show up. 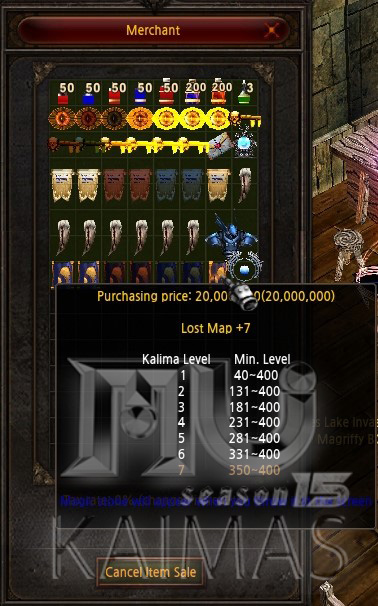 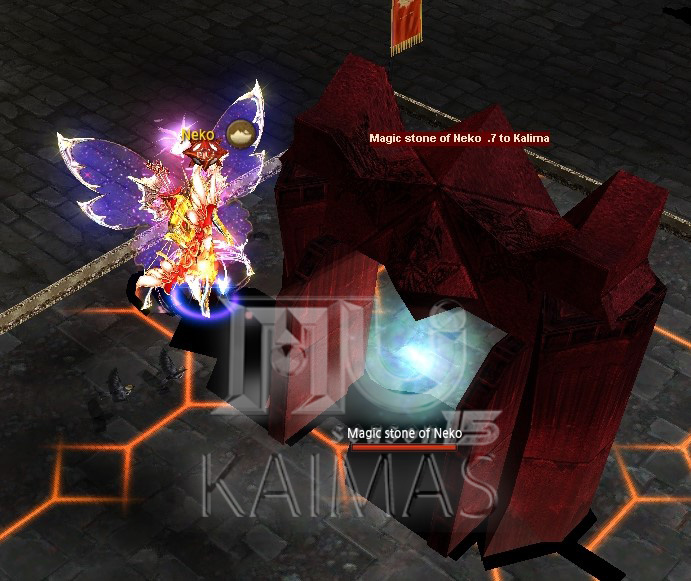 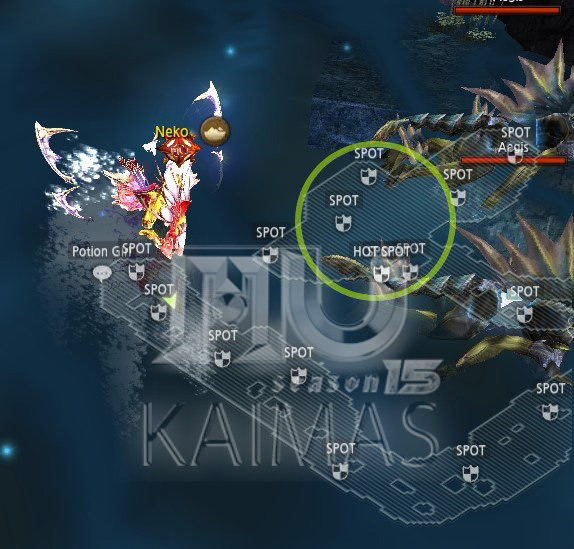 When you get to Kalima 7 go to the boss zone and in there will be Kundun and his monsters. Killing Kundun is easy, from time to time his shield will go up, but after a moment it will go down by itself. 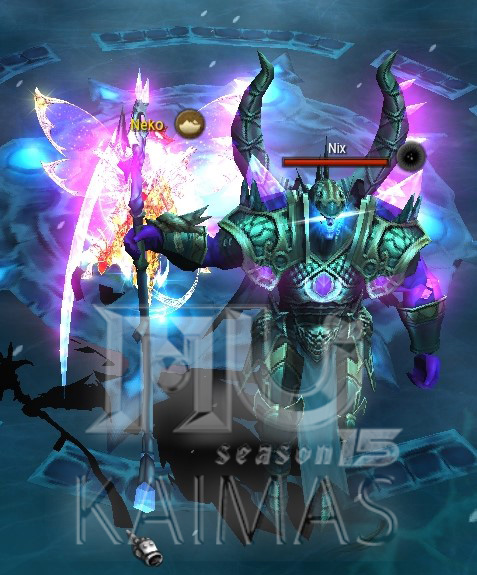 Nix is a High difficulity boss monster found in Nixies Lake. To get to it you will need Spirit Nixie's Fragment, which you can get from Nixie's lake monster or you can buy 5 of them from Priest. 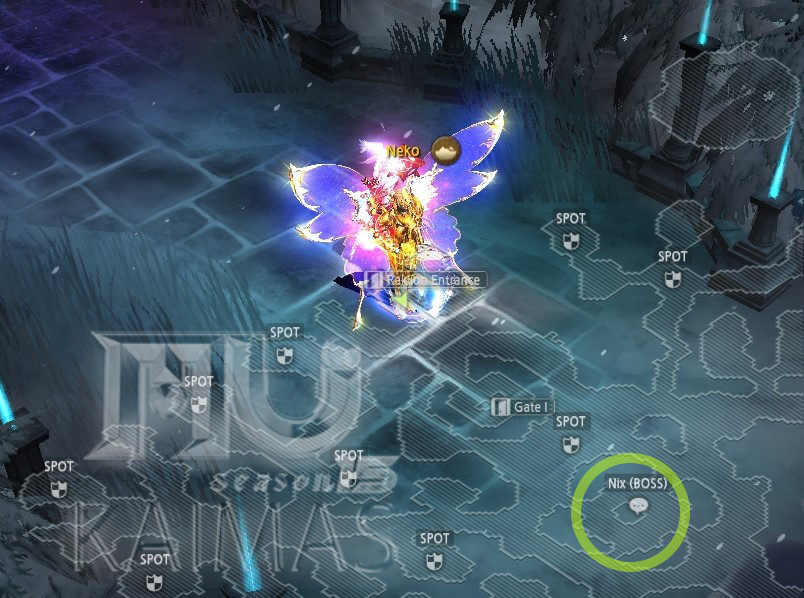 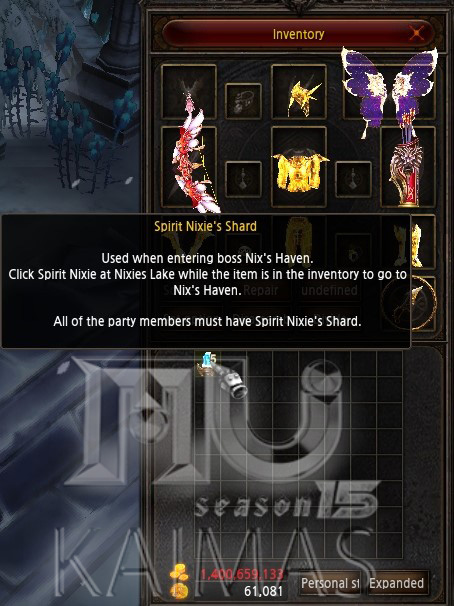 Fighting a Nix you need to be aware of 2 of its abilities:1 Nix will spawn in 2 crystal stones, while they are here you can deal Nix any damage. Only elemental will work on those crystals so Pentagram is needed for that.

2 Nix will cast Devil Eye, there will spawn in purple circles. You will need to get into them. Everyone who doesn‘t get in a circle will get killed instantly.

Because Nix deals Ice defuff and you will need to move fast to the purple circles make sure to have an Antidote to take off the Ice debuff.

As always, we suggest DPS characters with buffs and also Guardian Spirit pet who gives 30% damage reduction from monsters